It’s once again time to match-up each member of the Salmon League with the big league counterpart.

We’ve done this a couple of times now, but give how much the landscape of the league has changed since the last comparison prior to the 2013 season, it seems like the right time for an updated look at the SLB vs MLB comparisons based on the events of the last three seasons.

Without any further ado, here are the updated SLB vs MLB Comparisons:

Despite tons of success in recent years, this club is currently in an odd situation. They’re coming off an unexpected down year caused by a number of unexpected injuries and regressions. Perhaps the biggest issue was that the front office seemed – for the first time – completely unable to respond to the team’s needs last year. In previous years, they’d made splashy moves to improve the club (occasionally to the detriment of the team’s future) to push for a championship. Last year, that type of move came way too late to matter. Luckily, they still have a very solid core – albeit, one that is relying heavily on pair of mashing first baseman/DH-types – and could quickly return to the top of the league next season if everything breaks right this spring.

It’s probably safe to call this one of the most frustrating clubs in the entire league. Their owner seems to have absolutely no idea what he’s doing. The only reason he even owns a team is due to nepotism. The club has some of the most talented players of an entire generation, but still can’t find a way to win. The club has historically overvalued their players and asked for far too much in trade demands leaving them empty-handed when opportunities to make beneficial moves arise. This club will likely remain in the cellar until the immense talent of the players is able to overcome the buffoonery of the front office or the current leadership steps aside and lets someone else take the reins.

It seems that this club has some kind of positive buzz or excitement ever year, but the results are almost never there. Despite a very brief run of success in the now quite distant past, recent years seem to be full of unfulfilled promise and broken dreams. The front office is one of the more tech savvy and analytical in the game, but those efforts haven’t translated to success on the field. This season, the club finally went big making some splashy mid-season moves, but none of those moves proved to be enough to put the club over the hump and turn them into a championship caliber team. Coming into next season, the club will be without its best pitcher from last season and needs to build around one of the best third baseman in the game.

Given how established this club is, it is very easy to forget that they were once an expansion team. In the franchise’s time with the league they have had precisely one successful season that included a magical, underdog run to the championship matchup that – unfortunately – didn’t result in a win. Despite that one magical season, however, this team doesn’t appear to have that know-how to put the team over-the-top and turn this crew into regular contenders. It seems as though there is always a solid pipeline of talent, but that never seems to translate to success on the field. While injuries to key players have played a large role, it’s time to wonder if this front office needs a serious shakeup to get over the hump and make the most of the talent they have to become regular contenders. 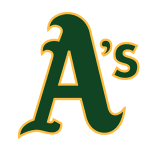 It’s tough to get a read on this club. They made the playoffs in 2013 and 2014, but faltered in 2015 despite a lot of potential. The front office is obsessed with proving its mettle and seems more focused on “winning trades” than winning championships. The club, despite plenty of recent success, always seems to be looking toward the future rather than trying to win in the present. This mindset has led to some questionable moves and currently has the club at a cross roads. While there is plenty of young talent, it’s hard to trust management will see the plan through rather than hitting the reset button at the first signs of trouble and churning over half the roster to “shake things up.”

This club won a championship so long ago that it’s easy to forget that it ever even happened. Since then, the results have been less-than-impressive and the club has largely been synonymous with losing, often in heartbreaking fashion. It’s so bad that some people legitimately think this franchise is cursed!! Year after year there seems to be a glimmer of hope that the team will finally turn things around and break through to capture another championship, but it has yet to come to fruition. Despite the relative lack of success, there is a large fan base that wants this club to succeed and things are looking up as it seems that 2016 and beyond could be a great time for this club – if everything goes according to plan.

This is basically a runaway train to nowhere. The folks in charge have literally no idea what’s going on and only seem to pay attention in small spurts here and there. While they occasionally have a good idea, they’re prone to quickly forgetting to follow-up on it and letting it die on the vine rather than striking while the iron is hot. They are relying heavily on an act that – while still very solid – is growing stale and they seemingly refuse to think about or plan for the future. They seem wildly obsessed with collecting popular and successful names from days gone by rather than putting the time and effort into building toward the future. It’s not uncommon to find that they’re asleep at the wheel and have forgotten to renew the contract of one of their best performers, only to suddenly learn that he’s now an unexpected free agent. They are probably doomed.

Genies in a Bottle = Minnesota Twins 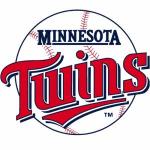 A few short years ago, this club seemed to be a lock for the postseason and a dark horse championship favorite every preseason. Recent years haven’t been so kind. The club has hit some unprecedented lows leading many to wonder if the magic had finally dried up. While 2015 didn’t exactly lead the club back to the postseason, it certainly showed some promise that a return to prominence was on the way. Despite a stubborn reliance on mostly mediocre pitching and some long-in-the-tooth bats, the club made a large commitment toward youth and seems poised to continue this progression going forward as they return to contention.

Following years of irrelevancy and downright buffoonery, this club has turned itself into a legitimate championship caliber club over the past two seasons. Great draft day decisions, combined with a surprisingly steady and patient hand in the front office has allowed this club to stick to “the plan” despite bumps along the way. A few short years ago, this club was a laughingstock with a few good players and some very questionable direction. Fast-forward to 2016 and you’re looking at a club with a championship trophy and a very bright future where they appear poised to be in the hunt for even more success.

It’s hard to predict what you’re going to get from this club. They’ve got championship caliber talent, but over the course of the last four years, when it comes to making the postseason, they’ve found themselves on the outside looking in just as often as they’ve found themselves in the hunt for another championship trophy. The front office is clearly very savvy and has made a number of shrewd moves in recent years to build upon a strong core to bounce back quickly on the heels of each of the club’s every-other-year stinkers to get back into contention. It will be interesting to see if the club can break this every-other-year trend and turn themselves into an every year powerhouse. 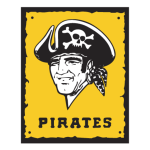 While this club has a history full of championships, the recent years have been something of a cruel joke. The club has exciting young stars and proves year-in and year-out to be one of the best in the league, but when the stakes are raised in the postseason, they can’t seem to get over the hump and translate their regular season success into another championship trophy. It’s hard to imagine this club won’t be competitive in the near future, but there is a definite need for some spark to put them over the top if they intend to return to the Promised Land and win another championship.

This club was once considered an unstoppable dynasty and still has a shelf of old trophies to gawk at, but in recent years a combination of age and some questionable front office decisions have started to show cracks in the foundation. While the club finally returned to the postseason, they were never viewed as a championship threat. It’s always good to see an old warhorse still hanging around, but it’s sad when he’s not taken as seriously as he was in his prime. The club still has the resources, but no one views them as a preseason favorite to win a championship, let alone make the postseason fray.

It’s impossible to talk about this league and not talk about this club. They are one of the most-storied franchises in the league and have a long history dotted with success and failures along the way. Recent years have seen a string of very competitive teams reach the playoffs after successful seasons, but fall short of championship time and time again. The front office is forward thinking and has no qualms about pulling the trigger on big, splashy moves that will put the club in the best position to win and win now; while making it a point to never completely mortgage the future. While they have not won a recent championship, it’s safe to say they are going to be one of the odds-on favorites year-in and year-out.

OMFG…we get it, you guys win, a lot. This club seems to be a perennial favorite, not just to reach the postseason, but to get there with the best record in the league and stomp the competition all the way through the championship game. They’ve got more championship trophies than they know what to do with and their front office has been operating on a whole different level in recent years that leaves this club with almost no legitimate rival in the league. No matter who this team loses to free agency, trades, or injury they always seem to pluck another diamond from the mine and continue their winnings ways. It’s very easy to hate them…oh so very easy.