Given the recent comparisons on the message board that indicate Mike and I are the Yankees and Red Sox of the Salmon League, I figured it was high time to decide which team everyone really is.

I do want to note ahead of time that I’ve got less than two weeks worth of facts to base this on for Adam and Morgan. I’ve only got a year of background for Collin, albeit a very impressive year, and most of my basis of Grant’s squad is extended over from Travis.

So without any further ado, I present the SLB vs MLB comparisons.

-The franchise has great resources, a winning tradition, and the potential to make blockbuster moves mid-season. That fact notwithstanding, this franchise is always considered number two in most people’s minds. This club puts a major emphasis on young talent over aging retreads.

-This franchise had a very solid run of dominance in the past, but has recently fallen on hard times. Questionable drafting methods and roster decisions set the franchise back in a big way. The resources are there and the ability is there, the results just haven’t come, yet.

-Had a very good run for awhile, but seems to have settled into a middle ground. The resources to build a winner appear to be there, but the franchise is a little too active (Billy Beane, anyone?!) for its own good. The franchise is too reactionary.

-Seemingly always competitive, even though you sorta wonder why (damned pitching loophole!!). The club seems to win a championship and then disappear into the ether. Additionally, the franchise is seemingly always on the crux of dissolution every off-season.

-Generally a solid team, built largely on good pitching year in and year out. The offense generally falters and keeps the club from getting over the hump and reaching the next level. For years the club has been too reliant on aging veterans, but recent changes in front office philosophy indicate a new era. 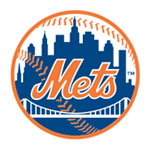 -You have absolutely no idea what to expect from this team. They’ve been very good recently (championship game), very bad (bottom of the barrel), and very mediocre. Injuries, questionable draft decisions, and under-performance have halted the growth of the club. A healthy year could change all of that.

-This is a franchise that has had some recent success and–in theory–should be well-poised for a championship run. New ownership and a questionable general manager leave some lingering doubt about the club’s ability to succeed.

-They’re good. They’re poised to be good for awhile. Despite some moves that leave others scratching their heads, the club seems to keep plowing in the right direction. A recent change in leadership did nothing to dissuade the success of the franchise.

-The franchise has been on life support for some time. Despite solid drafting and a good collection of young talent, the results just haven’t followed. A recent change in front office philosophy and a solid core indicates better times are ahead. It’s a very good time to be a Washington Nationals fan.

Genies in a Bottle = Atlanta Braves

-The club is a perennial contender and constantly one of, if not the, best franchise at season’s end. The playoffs, however, have proven to be a cruel beast to this franchise often ending the club’s seasons shy of raising a championship trophy. 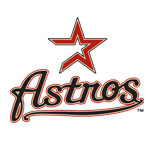 -Sketchy. The club’s drafting abilities are certainly in question and aside from a few big names, the roster is rather unimposing. There are some serious questions as to whether or not management has what it takes to compete.

-The club possesses some big time talent, but a questionable supporting cast. If this franchise wants to go deep into the postseason it will take a major move or a whole cast of supporting role-types playing way over their heads.